Fight2Flight Theatre was created with a very simple objective; to perform new new work with the actor and the writer at the centre of the creative process. Then to surround these essential elements of theatre with the best theatre practitioners: directors, lighting designers, composers, stage management and set and costume designers.

The first event is a revival of The Chronicles Of Oggle by Peter Gowen in a co-production with Asylum Productions.

The company will also launch a series of events called Fight3Flight Friday Forums. These will take place on the 6th and 13th August @ 11.00AM in Smock Alley. The subject of these forums will be about how to cope with unemployment, and entitled “When Am I An Actor?”
Further information here 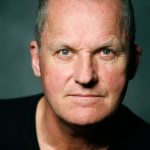 Peter Gowen | Artistic Director
Peter wrote and appears in his one-man show The Chronicles of Oggle directed by Donal Gallagher for Asylum Theatre Company and Fight2Flight Theatre Company. HIs extensive theatre work includes: A Love Like That (Decadent), The Pillowman (Decadent/Gaiety); Observe the Sons of Ulster Marching Towards The Somme (Barbican London and Europe Tour), A Whistle in the Dark, A Child’s Christmas in Wales, Madigan’s Lock, Shadow of a Gunman, The Crucible (Abbey Theatre); Communion (Peacock Theatre); Dancing at Lughnasa (Gate Theatre); The Lieutenant of Inishmore (The Garrick); Shadow of a Gunman, Death of A Salesman, Philadelphia Here I Come!, Whistle in The Dark, Translations, Fathers and Sons (Gaiety, Dublin), A Touch of The Poet, The Country Boy, Beauty Queen of Leenane (Druid), Bedbound (Dublin Theatre Festival 2000); Someone to Watch Over Me (Drum Theatre); The Plough and The Stars (U.K. Tour and West End), A Doll’s House (U.K. Tour, West End and Broadway); The Forest, Mutabilitie and Making History (Royal National Theatre); Trad (Galway Arts Festival, Dublin Theatre Festival, Edinburgh Festival, winner of Fringe First Award in 2005); Woman and Scarecrow (Royal Court Theatre, London); Anna Karenina (Gate Theatre); Playboy of the Western World and Shadow of the Glen (Druid Theatre Company in North America); Dancing at Lughnasa (Birmingham Repertory Company); Happy Days (Sheffield Crucible 2011); The Absence of Women (Lyric Theatre, Belfast and the Tricycle Theatre, Kilburn).

Eoin Winning |  Lighting Design
Eoin has been working as a freelance designer since graduating from University College Cork in 2008. He has designed work in Ireland and abroad with companies like The Abbey Theatre, Asylum Theatre Company, Chalk it Down Productions, Eoin Kilkenny, Run of the Mill, THEATREclub, Painted Bird, Martin Sharry, The Everyman Theatre, Emma O’Grady, Graffiti Theatre Company, Dublin Fringe Festival, Nic Greene, The Lir Academy, Dublin Youth Theatre, Gonzo Theatre Company, Broken Crow, Conflicted Theatre, Hammergrin and Equinox Theatre Company amongst others. To get in touch or see more of his work, visit his website- eoinwinning.com 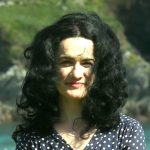 Irene Buckley | Composer
Irene is active across many music disciplines including choral, opera, orchestral, dance, theatre, film and electronics. She has received commissions from Union Chapel London, Irish National Opera, Cork Film Festival and the National Symphony Orchestra. She has composed many live scores for silent movies, which include Dreyer’s The Passion of Joan of Arc, Epstein’s The Fall of the House of Usher and Murnau’s Nosferatu (co-composed with Linda Buckley). Irene holds a PhD in Composition and a BMus from University College Cork and an MA in Music Technology from Queen’s University Belfast. 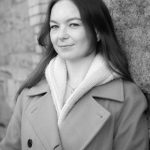 Síofra Nic Liam |  Lighting Programmer
Síofra is a final year student at The Lir Academy. During her studies she was Chief LX on  Wish List and Julius Caesar, and was the Lighting Programmer for Eclipsed. She was the Assistant Stage Manager for Anatomy of a Suicide and the Costume Supervisor on Comedy of Errors.  Outside of her college work, she was stage manager for Irish National Youth Ballet, Directions Out Theatre Company and Little Shadow Theatre Company. As well as working on individual productions, she has worked with various festivals in Ireland and abroad, including Dublin Dance Festival, Dublin Fringe Festival and Europa Cantat.